What is a beach? What is the sea? Do I reflect her or does she reflect me? 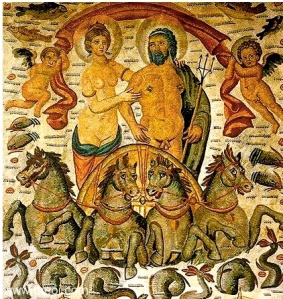 We went down to the beach early this morning. It is a miracle to have unlimited access to “the beach” in the heat of a Florida summer. Few things feel better than immersion in sun warmed salt water. The Gulf is that; a bowl of gathered water and suspended “stuff” all assimilating into the Atlantic Ocean and beyond. Despite the human need to name and claim, it is not of Mexico, nor of the United States. It is the cupped hands held under the spigot of North America’s rain. Water from the sky holding by force of attraction all the flavors and flotsam of each place and experience on the journey.

The same water that existed on Earth millions of years ago is still here.

But did you know it is all the same water? We are a closed system here on planet Earth, a giant terrarium. Water moves around, as water vapor, liquid water, and ice. Water is a shape shifter, changing its form as conditions dictate. Never lost, only changed.

“Although some matter, such as meteors from outer space, are captured by Earth, very little of the Earth’s substances escape into outer space. This is certainly true about water. Therefore the same water that existed on Earth millions of years ago is still here. The global water cycle dictates that the same water is continually being recycled all around the globe.” 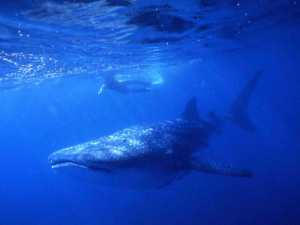 So there I sat on the nearly uninhabited beach, sun drowsy and half immersed at the edge of the water in a yellow beach chair, communing with the fishes. From a suggestion of an unknown source, I began imagining that I could dissolve into that water, let my molecules float across oceans, and still be conscious. I envisioned drifting without fear through Amphitrite and Poseidon’s domain. And what is the beauty of being dissolved? No concern for fear, or pain, or survival, water always survives. Weightless and worry free; “going with the flow,” in the most literal sense.

I wonder if this is what physical death feels like?

I imagined the behemoth polka-dotted whale shark; the vacuum mouth, filter feeder seen here recently. She swept me up but I passed right through her; no harm done. I wondered about visioning such peace at the time of death, on the anniversary of my birth 59 some years ago. Life is just so tricky.

I think I will call it “Aqua Therapy.” Becoming suspended in the Sea is the perfect solution for the raw chafe of human beings and the pesky nymphs of modern living. Too many electronics? Too many miles? Too many words? Go sink in, soak up the magical medium of life on this planet. Mystical, mercurial changer of shape and form, carrier of life and death, water is the ultimate denominator of life here on the Blue planet. She is the ultimate balancer as well.

Is it an accident of creation or invention that all things electronic can’t survive a simple swim? What does it say about our constant E-companions? TVs, phones, pads and pods are all neutralized by our mother liquid. Yet we are that, a structured c

ontainer of dissolved minerals. We are that: a very elaborate canteen of fluid and form holding tiny beings, vast communities of differentiated cells, infinitesimal chains holding all human memory.

Maybe it was the color of the sky, or the warm gentleness of the water. As the chair sunk into the deep shell sand of the shallows, I contemplated the impermanence of my temporary liquid neighborhood. The tiniest of fish moved rhythmically towards beach, back and forth with the breath of the waves. The edge of water and sand renegotiated with each wave, endless infinite shuffling of inhabitants amidst water, wind or predator.

What came next was a “what if” epiphany. For a moment there was a swirl of illumination. We protect ourselves a lot. We focus without pause on the survival of a body that will not survive… no matter what. We always look up to others and out to belief systems in search of our meaning of life, and our “after life” address. Separating death and life with definite parameters, – like having a human body.

In a Google search for an attractive “Water system” illustration I found this; exploding all facts and theories thus far in place on what water can do, what water can be, where water came from.

Deep Underground, Oceans Of Water May Be Trapped In A Crystal ‘Sponge’

Science teachers may have to add a whole new layer to the water cycle. Scientists have discovered evidence of a vast reservoir of water hiding up to 400 miles beneath the surface.

“The discovery could transform our understanding of how the planet was formed, suggesting that Earth’s water may have come from within, rather than from collisions with large, icy comets.”

The water is trapped in a blue mineral called ringwoodite that sits in the mantle, a hot, rocky layer between the Earth’s crust and outer core. That means the water is not the familiar liquid, vapor or ice, but a fourth, mineral form. We reported earlier this year on a rare diamond containing a microscopic piece of ringwoodite that bolstered evidence for the vast wet zone.

It is likely the largest reservoir of water on the planet, and could be the source of the oceans’ liquid. The study was published in the journal Science.

The study is also remarkable for the discovery that melting and movement of rock occurs in a layer of the mantle known as the transition zone, between the upper and lower mantles, the Guardian reports. Most melting was thought to occur at much shallower depths.

“Geological processes on the Earth’s surface, such as earthquakes or erupting volcanoes, are an expression of what is going on inside the Earth, out of our sight,” said Geophysicist Steve Jacobsen from Northwestern University, co-author of the study.

“I think we are finally seeing evidence for a whole-Earth water cycle, which may help explain the vast amount of liquid water on the surface of our habitable planet. Scientists have been looking for this missing deep water for decades,” he said.

The study relied on seismometers across the U.S. and lab experiments simulating rocks under high pressure, says Nature World News.

“Ringwoodite here is key,” it notes. “Its crystal-like structure makes it act like a sponge and draw in hydrogen and trap water.” It could be a vast amount of water, says the Guardian. “If just 1 percent of the weight of mantle rock located in the transition zone was water it would be equivalent to nearly three times the amount of water in our oceans, Jacobsen said.”

Nice to meet you ringwoodite.

And where do we go from here? 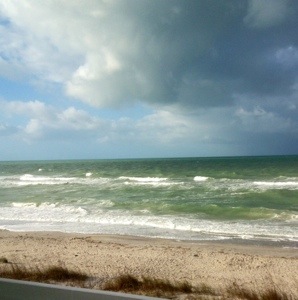 One comment on “Maybe the sea is heaven, Maybe heaven is the Sea”